Great Article from Forbes in 2016

Great Article from Forbes in 2016

One of the potential customers for uranium tetrafluoride to be produced by Metatomic INC’S facilities is Terrestrial Energy, whose home office is in Canada.    In a Forbes article of Sep 14, 2016 , “Terrestrial Energy’s Advanced Nuclear Technology- The IMSR- Takes Several Steps Forward ”  is described the reactor design and the power plant design for an IMSR ( Integral Molten Salt Reactor ) which has satisfied the US Department of Energy in its Part 1 application for a loan guarantee under Title XVII , and issued an invitation to submit Part II.

Terrestrial’s designs represent an example of the Gen IV reactor designs currently under way world wide.   It was announced that Oak Ridge (ORNL) National Laboratory is partnering with Terrestrial to assist in the development of the design blueprint for the project,  to be completed in about 2 years.   It is expected that the reactor could come on line about ten years after the design is completed.
DUKE Energy announced it has joined Terrestrial’s advisory board , ( another vote of confidence for Terrestrial from the power industry.) 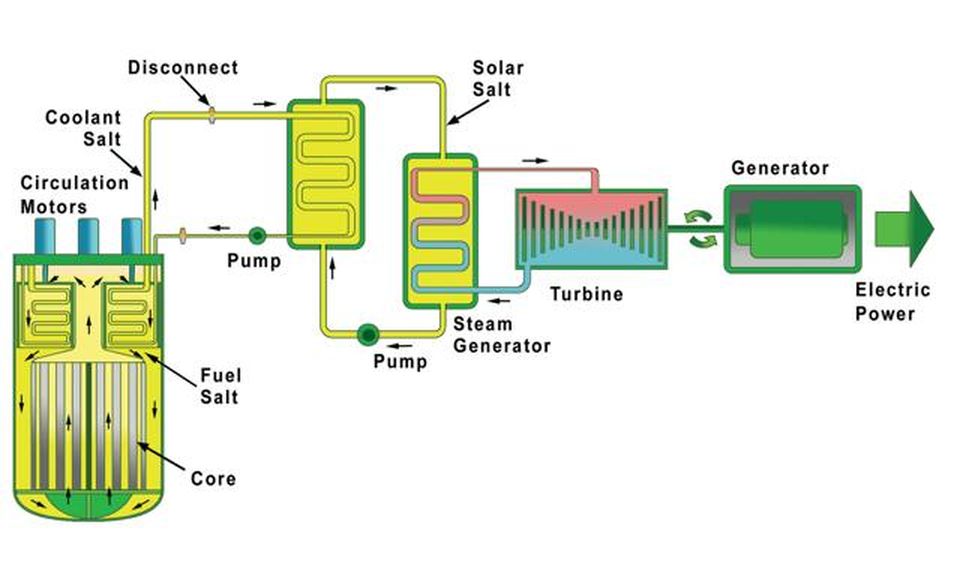 Currently used commercial nuclear fuel assemblies are stored “indefinitely” in these casks , some weighing up to 150 tons , at existing nuclear plant sites, with nowhere else to go. These assemblies contain usable  energy values which we aim to convert to a form to be used as fuel in  the new generation of  molten salt reactors.